Founded almost 100 years ago, Peddie’s is a family run book retailer that last year reported a gross profit of £7.8m.  A private limited company, Peddie’s traded for many years from one large store in central London (now known as the flagship store).  In recent years it has started an expansion programme, initially in London (a further four branches) but this has now extended to include Bath and Manchester.  With a positive cash flow and healthy reserves Peddie’s is well placed to expand further and continues to explore opportunities to open new branches.  Peddie’s has around 150 employees with 15 based in Manchester and 15 based in Bath.  Operating processes were established in the flagship store and have been implemented in other stores as employees from the flagship store moved to other branches as they opened. Almost all store management positions are filled through internal promotion ensuring that the culture of the flagship store is replicated in each branch.   Head Office staff which includes operations management, finance, marketing and HR are based in offices in the flagship store.

The reward package and terms and conditions for all employees are at or just above market rate for the sector and locations in which they are based.  Until recently booksellers received an hourly rate that was higher than the National Minimum Wage. However booksellers now receive the National Living Wage (regardless of age) and 28 days holiday (pro rota for part-timers).  Booksellers used to feel that their rate of pay was good and reflected the specialist stock knowledge required to offer good customer service.  They are disappointed that it was not increased when the NLW was introduced.  Full-time employees work 40 hours a week and statutory rates are paid for sickness absence and other types of leave such as maternity, paternity and adoption.  There are no bonuses but staff discount of 30% is given on all staff purchases.  In return for these terms and conditions high standards of customer service are expected. These high standards are of great importance to Peddie’s as this a key differentiator from its competitors.

The HR function is fairly small with a newly appointed HR advisor and an HR administrator.  Typically involved in transactional activities, this small department originally dealt with all recruitment and selection for the flagship store along with sickness absence, discipline and grievance and appraisals.  The HR advisor has quickly become aware that the limited HR processes that were put in place to manage one store may not be suitable for multi-site operations.  She is particularly concerned about a number of areas and has sought your advice.  You agree to help and to provide a report that covers the following areas of concern

Introduction The employment relationship is a critical segment of all HR activities that are implemented in an entity. According to CIPD (2019a), the employment relationship is initiated in the resourcing process and then implemented through all the aspects of the employment. In an event the relationship is unsatisfactory in any way; there is a high likelihood of conflict or dissatisfaction. On the other hand, when the employment relations are appropriate, the employees behave in a positive and cooperative ways to the gain of the firm and the employees (CIPD, 2014).  It is equally worth noting that employees working in appropriate relations outperform others by showing a heightened interest in their work and being ready to move the extra mile for their organisation (CIPD, 2014). The case study of focus would be the Peddie’s company that has been operating for more than 100 years as a family-run book retailer.  There are different issues regarding employee relations that have been affecting the company which include dissatisfaction, challenges in trading, sickness absence, communication issues, lack of employee engagement in critical decision making and being forced to practice in a manner that is not their will.

Different theories and perspectives on employment relations Adopting the definition of Abbott (2006) that demonstrates on the different perspectives of employee relations, the concept is defined as collaborative interactions between managers and employees, in the flexibility, skill and loyalty of the employees. This is in the absence of workplace conflict and trade unions, in the high-performance outcomes of firms among others.  In CIPD (2014), the concept is applied in positivist and pluralistic concept in describing the prevailing institutional and regulative settings in which the functional activities and interactions of HRM are implemented. It also acknowledges

Please contact us to receive this assessment in full

Our Email Adress is: rankedtutorials@gmail.com 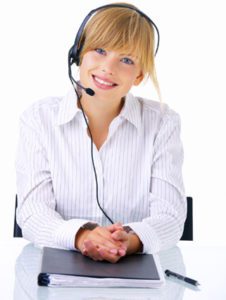 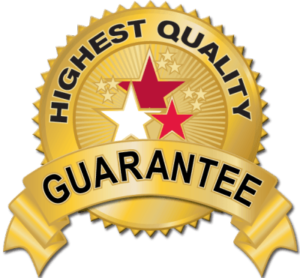